The new generation of entrepreneurial strategies and business framework created a new approach for entrepreneurs and business managers to focus on. Lean Startup by Eric Ries and Steve Blank’s customer development mostly provide strategic frameworks from which the entrepreneur can have the startup approach, while business model generation provides the base for the planning and mostly guides how to organize the process and plan for the business. These frameworks have many positive points as well as some challenges that we might face by implementing them. 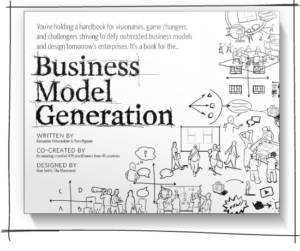 Image belongs to www.businessmodelgeneration.com and is not property of Golden Eagle Strategy

The Lean Startup and Customer Development

The lean startup concept, as the author suggests is originated from the concept of lean manufacturing. The build-measure-learn feedback loop is the main framework for the lean startup. The main aim of this method is to make the product and bring it to the market by using the MVP calculation which is the minimum viable product. The lean startup aims to reduce the risk of investment as much as possible via MVP concept which does not allow the mass production of something which is the new before getting the customers’ feedback in an uncertainty condition. Furthermore, the acceleration of the build-measure-learn loop is the key to get the feedback as soon as possible. In other words, the entrepreneur should make the mistakes as soon as possible with the least possible costs.

Contingency is the key to the lean startup as the uncertainty that we have on several issues within the product causes the necessity of minimizing the risk. For me, the lean startup was not something new, as I faced the same concept in some previous works I have seen.

In 2001, Sarah Sarasvathy from the University of Washington published an academic paper which was followed and developed later by her in 2005 dealing with the entrepreneurship model and contingencies. The article introduces the theory of effectuation. She suggests that the entrepreneurs should start with their own idea with what they have in hand at the moment and do not waste time until they have everything ready for their idea. She considers causation as the opposite when the entrepreneur takes the idea into consideration and tries to find sources for that idea implementation. Her point on suggesting the effectuation theory is close to the lean startup when she argues that the firms or pre-firms that started through effectuation model, if they fail, they will fail earlier and sooner. The companies using effectuation theory also have better management of their failure than others and are open to find alliances in the industry. “Affordable loss rather than expected return” is one of the key issues of the lean startup.

When I was working on my master thesis I found out that almost most entrepreneurs in my case studies used effectuation theory by nature and mostly used lean startup. Entrepreneurs are risk takers who want to reduce the risk and costs by nature. But pushing them to accelerate the learning process is not what can be planned and done in any industry.

“If I had asked my customers what they wanted, they would have said a faster horse.” – Henry Ford

There is a need for a trade-off between customer feedback and having a research by your own. This trade-off has one key issue: “the nature of your firm”. The authors’ background in both customer development and lean startup is the key of their over focusing on customers’ feedback as the startup process and getting out of building. Imagine the following scenario:

A medical engineer came up with a new product design and idea and she wants to commercialize it. She developed the product which is a health related one but has no clue of how to commercialize it, as she was mostly in the lab doing the research on the product. As the product is health related and the risk of the testing in the market directly is high, she is sure no one is willing to do such a test. Therefore, she cannot do the gamma testing and will not find any early adapter for her product.

This is one sample of just getting out of building when dealing with startup in such an industry and in fact there are more industries that are quite out of question of getting out building. The reason is the authors’ background as they are both located and been in touch with the Silicon valley and lost their objectivity due to the fact of being experienced technology entrepreneur. However, Steve Blank is more flexible and less subjective while Eric Ries calls for the join in the movement.

Another challenge that is highly critical in these two methods is when a startup focuses or waits too much on failure before venturing into a new life, he/she might lose the passion, ambition, and belief. Almost all scholars within the field of entrepreneurship and business strategy agree that entrepreneur’s character, ambition, belief and faith in the idea are key success factors in the early stage.  If I were in Steve Blank’s shoes, I would have used the word mistake instead of failure. The psychology in the entrepreneurial practices should never be forgotten, in particular when dealing with contingencies. From my point of view, waiting, thinking, or imagining a future failure continuously or focusing on what Eric Ries calls “the success Theatre” –which makes new entrepreneur doubtful about their early success- will augment the fear of failure more and entrepreneurial ambition will be harmed soon.

In the previous posts I have discussed the playground mostly when it came to the panoramic view. The playground is indeed one of the most important parts in the company’s performance. It creates the base for planning by having a panoramic view. The canvas provides the playground in which we have all inside and outside players of the game. The key to use the canvas is to have a panoramic view so that you can have a look on all blocks together and review them over and over again in the duration of time. You should never focus on one or some and neglect the others. 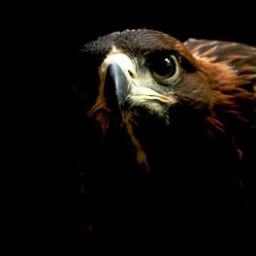 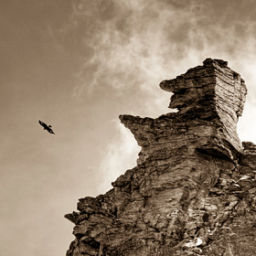 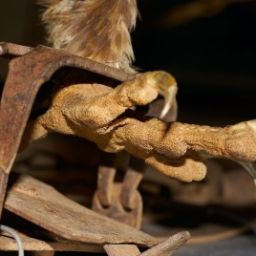