On the Character of the Golden Eagle Venture Capitalists: How They Avail themselves of Failure

Who Is the Venture Capitalist?

VCs operate in different forms: some operate as independent-private firms, some are VC funds formed by individuals, corporate VCs operate as investment arm of larger enterprises and follow the strategies of mother firm, sometimes operate as CVC funds. In most of the mentioned VC types, there is a person on top of the VC firm, usually mentioned as venture capitalist, who is managing the VC. The top position in the VC firm, as Feld & Mendelson suggest in their book “Venture Deals”, is either managing director (MD) or general partner (GP). In either form, one of the most authoritative decision makers of the VC firm is either MD or GP, who is an individual. 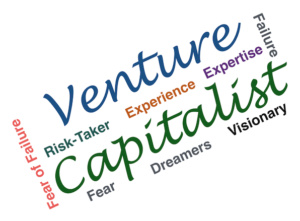 The venture capitalist, as an individual, plays an important role not only in the pre-deal decision making, but also in the post-investment process of portfolio companies. We have heard a lot about successful entrepreneurs and their character; authors and journalists write a lot about them and dozens of books are written about renowned and successful startup leaders, whose character account for their success. On the other side of the coin, however, the fact that many of these successful entrepreneurs were backed by a visionary venture capitalist is overlooked.

Venture capital is not about fundraising or cash that you can find elsewhere. The venture capital firm is different from other financial institutions, mostly due to its level of engagement in investment portfolio firms. Thus, the venture capitalist’s background, network, know-how, experience, and visionary attitude can play a significant role in the success or failure of portfolio companies.

Fear of failure- considered as a daunting factor for entrepreneurship- also plays an important role in the VC industry. There have been cases that a rejected idea of a VC became the success story for other investors. Although, some VCs try to vindicate their rejections by maintaining such facts as cultural differences, lack of resources, etc., most of their rejection is due to their fear of failure and their character.

The venture capitalist decision making process has long been researched, but the gap in the real world has not been removed by these researches. As mentioned in the earlier post, In Search of a Golden Eagle Entrepreneur, and based on my own experience of advising VC firms in the Middle East and Europe, the venture capitalist’s intuition weighs more than any other criteria. When we talk about intuition, we are focusing on instinctive behaviors of a person without making logical reasoning. Thus, fear of failure plays an important role in the case of using intuition in decision-making process.

What separates venture capitalists from each other – according to my own biased experience – is their audacity and the degree of risk-taking. Visionary venture capitalists are believers, dreamers, and risk-takers. They think and act entrepreneurial, in other words, like a golden eagle. The Golden eagle venture capitalist takes risk and knows that out of his/her 10 deals only one might be successful. On the other hand, though, there are venture capitalists who are not taking risks of high degree and do not believe in dreamers’ crazy ideas. I recently read the book “Elon Musk” by “Ashlee Vance”. Not only in Paypal, and Space X, but also in Tesla Motors, Elon Musk approached several VC firms, and now the company names are just in “Anti-portfolio” of some venture capitalists who were not believers. While Musk’s entrepreneurial and risk-taking approach is laudable, but the role of venture capitalists who backed him cannot be neglected. One of my previous clients, a venture capital firm, is still doing due diligence after three years of starting the VC Fund, while some of their rejected deals are now making their third investment rounds, thanks to their visionary venture capitalists who supported them. In my case, the X VC just could not take any risk and had a conventional culture, as the MD experience and background was in an industry that wanted to do anything based on a market research. In another case, the Y VC, which was a corporate VC, just could not align the culture inside the firm with what a VC is supposed to be and the MD himself always wanted to reduce and split the risks by taking part in syndicates and co-investments.