All Grown-ups Were Once Children, But Only Few of Them Remember It

The book, “The Little Prince”, a masterpiece by Antoine de Saint-Exupéry is renowned as 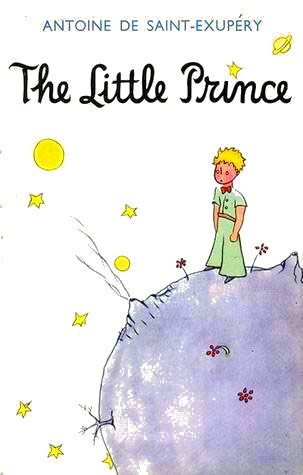 a children’s book, and hence the title of this post might seem out of scope of entrepreneurship. In this post, however, I focus on the key concern of the little prince, which is grown-ups – who could not understand children- of the business world.

Strategic Entrepreneurship (SE) is a well-known term among community of academic scholars and hence a suggested strategic tool for large enterprises and big companies. Innovation and risk-taking are, according to Peter Drucker, the inseparable elements of entrepreneurship. Therefore, in an ever-changing world of business that disruptions and technological changes threaten not only large companies that could not keep up with the pace of technological changes, but also their employees who did not keep their personal skills updated. As such, the companies need to have corporate innovation tools in order to survive in such a competitive world, where innovation can disrupt anything, anywhere, anytime.

Startups on the other hand, developed a culture of innovation and agility inside their small firm, but they lack other business facilities such as business network, financial capability, or fame.  Therefore, larger firms tend to engage with startups as their innovation tools these days. The success stories of M&As, business venturing, corporate incubations, and other tools of corporate innovation persuaded large firms to forgo their internal R&D and use newer forms of innovation development.  Terms such as intrapreneurship, extrapreneurship, corporate innovation, corporate startup engagement, etc. are now familiar to board members.  Nonetheless, working with both grown-ups and children for years, I can mention some flaws I have seen in grownup’s mindset that are biggest impediments for corporate innovation.

Risk is the inseparable part of entrepreneurship, thus, any entrepreneurial activity involves risk. The extent to which each person is willing to take risk is one of the major distinctions between grown-ups and children. Those who lead large companies are considered as already successful people of their own industry and rarely take bold risks in order to achieve more. They already earned their current positions through years of professional life, and seldom tend to put themselves in precarious situations. Startup founders, on the other hand, tend to take more and bolder risks, as they are audaciously following success. The consequence of these two disparate risk-taking approaches is quite evident; the strength of startups in risk-taking becomes the weakness of larger firms. Larger companies are mostly in defensive mode, whereas, startups tend to be more aggressive and hence the innovation of startups poses one of the biggest threats to large firms, whose market soon might be disrupted by a child.

The other issue I have seen among investors and directors of large enterprises is the mindset they acquired in years of tradition business focusing on revenue, current market,
and competitors. I have seen business-people calling themselves venture capitalist (check this post for more), conducting market research to decide whether to invest in a startup. On the other hand, I worked with venture capitalists who helped me correct my own mindset at early times of my involvement in entrepreneurial profession. The future foresight is the key element to success in any entrepreneurial activity, which emphasized on creating the future rather than maintaining the status quo.

About 10-12 years ago an investor made large investment, setting up a factory to manufacture CD and DVD, just because a traditional consulting firm fed them with the result of a survey, ending up with an interesting NPV and an attractive IRR for the project. At the same time a startup of some college drop-offs might have been working on cloud computing, while the other large hardware manufacturers, which had a great R&D team on hand, might have been working on the top secret project of making flash drives and micro memories with higher capacities.

This is really important how far you can see from now; can you see the world as it is now or as it will be in 10 years? Those who possess the intuition and mindset of seeing the far future and are patient enough to wait until they build it, are golden eagle entrepreneurs. Solving this issue seems easy when we talk about it, though, when it comes to action it could be totally forgotten.

Grown-ups never understand anything by themselves, and it is tiresome for children to be always and forever explaining things to them. – Antoine de Saint-Exupéry, The Little Prince

Grown-ups need to listen more to children. They should invite children and put them as board members of their companies. They have to engage more and try to change their mindset. But these children should also be careful, once they grow up they become vulnerable to acting like grown-ups. They might forget they have been once a child themselves. They might be more cautions or lose the sharp eyesight. Once they become cautious and lack proper foresight, then it is hard for children to explain things to them.